A federal judge in California Aug. 21 ordered the White House to produce two reports guiding federal research efforts and assessing the effects of global climate change The judge ruled that the U.S. Climate Change Science Program and the White House Office of Science and Technology Policy were required to produce the research plan by July 2006 and the climate change assessment by November 2004! Armstrong ordered the White House to produce a summary of its climate change research plan by March 1, 2008, and submit a final draft to Congress within 90 days thereafter. The White House must produce the scientific assessment by May 31, 2008. The ruling resulted from a lawsuit filed by the Tucson, Ariz.-based Center for Biological Diversity, Greenpeace, and Friends of the Earth saying: “This administration has denied and supNewsed the science of global warming at every turn. Today’s ruling is a stern rebuke of the administration’s head-in-the-sand approach to global warming.”

Attorney General Brown Announces Landmark Global Warming Settlement! In an August 21, 2007 lawsuit, filed by the Attorney General in April, he contested the adequacy of San Bernardino’s general plan under the California Environmental Quality Act. Brown contended that the plan, a blueprint for the physical development of land until year 2030, did not adequately analyze the effects of development on global warming nor did it identify feasible mitigation measures. The settlement establishes a greenhouse gas (GHG) reduction plan within San Bernardino County’s general plan for countywide land use between now and 2030. http://www.federalcrimeslawyers.com/html/criminal-law-news.html

The President Shows His Environmentalist Colors. White House News secretary, insists: “Beginning in June 2001, President Bush has consistently acknowledged climate change is occurring and humans are contributing to the problem.” At the suggestion that Mr. Bush was awakening to the environment, Mr. Snow said it was reporters who were waking up. “The long national slumber,” he said, “may be approaching an end.” http://www.nytimes.com/2007/02/08/washington/08bush.html

Thinking about Greening your city meetings? Or perhaps you’d like to work with your business center, Town Hall, or City Gathering places? ttp://www.bluegreenmeetings.org/

Greening the Bottom Line: California Companies Save Money by Reducing Global Warming Pollution This report highlights 12 businesses/ institutions and demonstrates the kinds of gains that can be had across California from an organized, statewide effort to reduce the state’s global warming pollution. Altogether, the companies profiled below have reduced their global warming emissions by more than 100 million pounds per year – while reducing their annual operating costs by more than $13 million. http://www.californiaprogressreport.com/2006/08/greening_the_bo.html

Lake Tahoe warmer, dirtier – scientists worry. Surface water temperatures in July have increased 5 degrees. In the past seven years. The number of days with average air temperatures below freezing at lake level has decreased by 27 days a year since 1910, while the percentage of snow in total precipitation has dropped from 52 percent to 34 percent since 1911. http://www.sfgate.com/cgi-bin/article.cgi?file=/c/a/2007/08/16/MN3CRJ7R3.DTL

Australia First to Model Continental Shoreline Climate Impacts. Announced on Wednesday, this is the first time a whole continent anywhere in the world will be able to model the impacts of climate change on its coasts. This will help Australia’s coastal regions plan their strategy to combat the effects of climate change,” Turnbull said. “Eighty-five percent of Australians live on the coast and we all need to better understand how climate change will affect these regions so we can plan accordingly. http://www.ens-newswire.com/ens/aug2007/2007-08-23-01.asp

August 29: 11:00 am PDT, the partners in the Western Climate Initiative will host a 1-hour conference call to brief interested stakeholders on the status of the project. For information on the project, including the Regional GHG Reduction Goal announced last Wednesday, please visit www.westernclimateinitiative.org 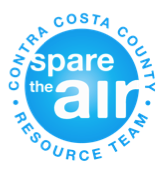